I am keen to use my skills in times of natural disaster and living in Queensland our biggest threat is Tropical Cyclones. We're on watch during our Wet Season [from November to March] each year.

I wanted and antenna that I could erect by myself with a minimum of fuss. (and pack away for the dry season).
I read about Bob Hejl W2IK, a man dedication to emergency comms, and his NVIS antenna ideas resonated with me. [Sadly there are no live links to Bob's work any longer - but when we chatted a couple of years ago he was extremely helpful and assisted with my designs and build].

Let's go back to the beginning.........
What is N.V.I.S? Definition: The Near Vertical Incident Skywave (NVIS),an antenna which provides the majority of its radiation at an extremely high angle, so the major lobe is between 75 and 90 degrees to the earth's surface. It provides omni-directional radiation for a distance up to 400 Kilometres, although some of my testing reported up to 1600km.
It isn't a long distance or DX antenna, but then when you have an emergency it's better to call someone nearby, rather than on the other side of the world!
The frequencies involved can be 1.8 Mhz under very poor conditions up to 14 Mhz under excellent conditions, with the average being between 3.5 Mhz (80M) and 7.3 Mhz (40M).
These were exactly the bands that I was looking for.

Based on my research and design we made 3 of these antennas for our club [Bundaberg Amateur Radio Club] for use by the WICEN group.
In 2012 the Queensland Police, who head our disaster management, organised an exercise "Contact 2012" where we showcased these antennas - the exercise was a resounding success.
We proved HF communications between Bundaberg and Gayndah [120km apart with a mountain range in betweeen] normally within the skip zone - an area of no signal. We successfully transmitted messages back and forth.

I have placed some further technical info after the photo gallery. 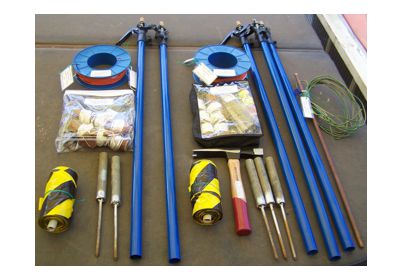 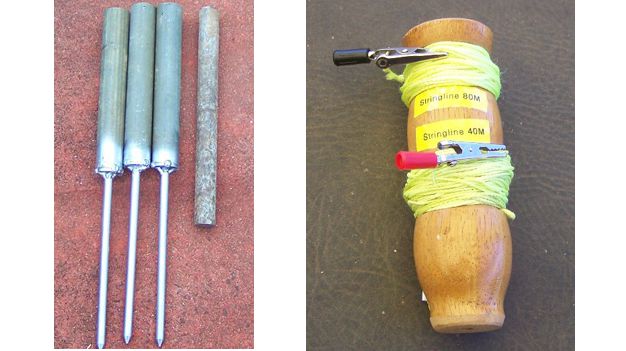 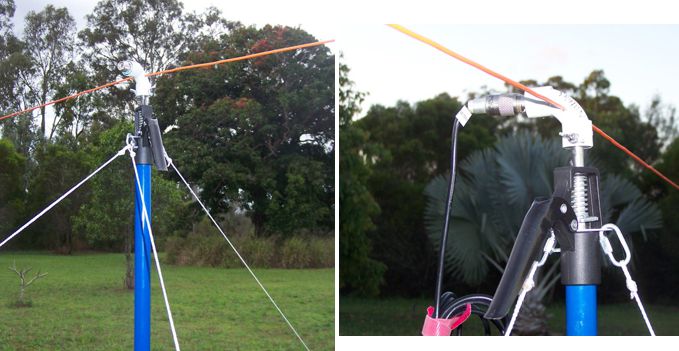 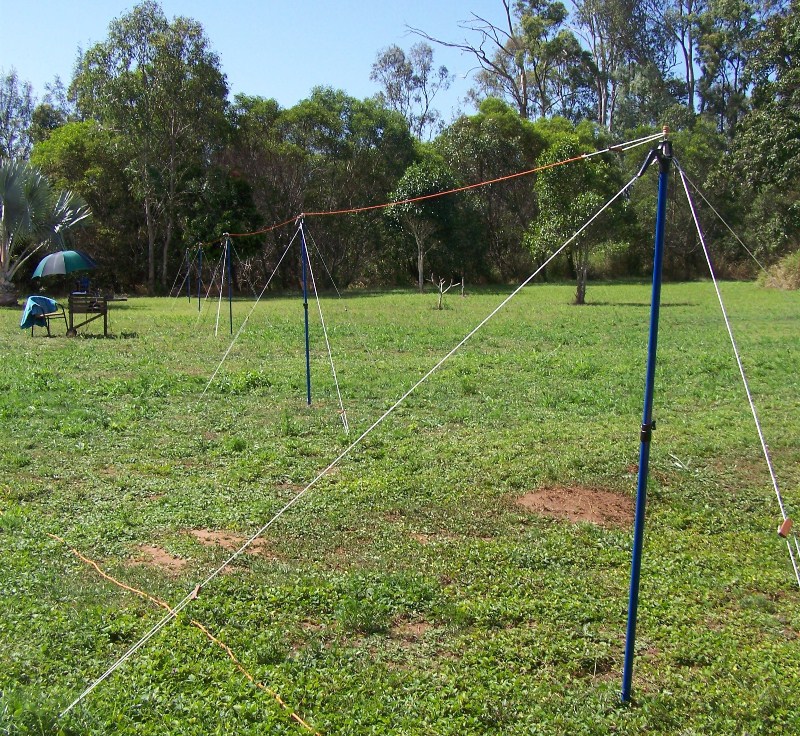 It's a thing of beauty. Simple, lightweight, quick to erect and all that is required is carried in a denim bag. 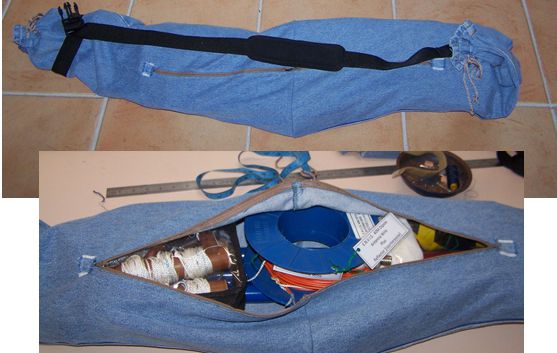 Old Jeans recycled into a rugged bag to hold the poles & everything required for this antenna.

What's with all the labels? This is one antenna which might lay dormant for a quite a whilte and memories fade - Clear labels speed up laying out your equipment.
Also in emergency situations volunteers may offer to help - Clear labeling reduces time and the frustration wondering where things might fit.

The advantages
· Usable on all HF ham bands
· Used to hear the stations just beyond the ground wave range
· NVIS works into the Skip Zone - the area too far away to receive groundwaves but not far enough to receive skywaves reflected from the ionosphere
· NVIS signals can reach areas behind obstructions and in dense foliage.
· Two NVIS stations can quickly establish reliable comms without using repeaters
· NVIS antennas are usually low and can be erected quickly and easily by one person
· Valleys & low areas are no problem for NVIS propagation
· With a short path to and from the ionosphere means lower path losses due to absorption by the D layer, so NVIS propagation is relatively free from fading
· NVIS techniques reduce noise & interference and offer improved signal/noise ratio
· Works well with low power due to improved signal/noise ratio and low path loss
· Great additional antenna for Field Days or contests and fills in the gap
· Easy antenna for HF mountain topping and camping trips to get RF out of deep canyons.

Limitations or Disadvantages · Must work frequencies below the Maximum Usable Frequency (MUF).
· NVIS is not a DX antenna.
· An Antenna Tuner is required for good match
· For best results, both stations should be optimised for NVIS operation
· NVIS doesn't work on all HF Bands
· Day and Night propagation differs so a minimum of two different frequencies would be used for 24hr operations

Frequencies for NVIS Selecting optimum frequency for NVIS operation depends upon many variables e.g. time of day, time of year, sunspot activity, type of antenna used, atmospheric noise, and atmospheric absorption. There are no hard and fast rules – except if being used on the frequencies allocated for emergency services [WICEN] - you would naturally try those first.
It might be trial and error to find the solution and frequency that works for you.
Propagation prediction software is also available on the internet which shows the current critical frequencies.
Whatever the strategy you use, be prepared with a backup plan between your communication partners which involve alternates, or follow a pre-arranged scheme for trying all available frequency choices in a scheduled pattern. i.e. x.xxx Mhz +/5Mhz.

Practical Considerations 1. It's time to go back to basic antenna propagation theory: Amateur Radio training taught you that an antenna sends out a Ground Wave - and that signal can travel up to about 300km. At the same time the antenna is also radiating a sky wave that is refracted by the ionosphere and returns to earth (some greater distance away).
There is a “dead zone” of no signal between where the ground wave ends and where the sky wave came back to earth. This dead zone is called the Skip Zone.
The NVIS antenna is designed to send a signal into this Skip Zone – the previously dead zone. It is therefore designed for ‘short’ distance HF communications – the point being that during an emergency you do not want to communicate worldwide – you need to send your emergency messages within your own region/state/country.
2. Learn what factors influence your NVIS antenna performance: The frequencies and performance varies with a number of factors.
Location: NVIS Propagation maps usually show that 40M is not available above 30 Degrees North or South of the equator... so good for me in Queensland, maybe not such a success in the Southern States of Australia.
Height above ground: The antenna height above ground for NVIS antennas is subject to much discussion. Technical specs say anywhere from 1.5metres to 5metres, others 10metres but you'll agree there are huge logistical differences in raising an antenna to those greater heights - that's why this antenna a low height - we keep it at 1.8metres (6foot) above the ground - easy for a man or a woman to erect and manipulate - being short, it wins my vote.
Practical tests & modeling [available on the internet] show that better coverage is obtained if the antenna is mounted at about 1/20th wavelength above ground and at this height the background noise level is lower.

It may take some time for this to sink in because we're always told... height, height, height... but an NIVS antenna will be less efficient if you increase the height. The aim is to get as much of your signal going UP as possible and antennas at lower heights work extremely well on 40M & 80M.
Ground: What is the quality of the ground below the antenna? i.e. what’s the conductivity of the ground you are operating above?
Poor conductivity will attenuate up to 3db more of your signal than high conductivity soil. If the ground is Wet or damp after rain the signals are likely to be greatly increased due to better conductivity.
NVIS above excellent Ground out performs an antenna above good ground at optimal height! So Ground may well be the single most important parameter in NVIS?
Reflector [counterpoise]: Yet another approach is to run a Ground wire at the surface where the antenna is mounted which acts as a reflector. We do this by running a length of wire on the ground, under the antenna (the full length of the dipole) - which may or may not be connected to a ground rod at one end.
Also consider “watering” your earth stake – an improvement will be noticeable in both receive and transmit signals.

A word about frequencies: They always tell you that you should use 40M during the day and 80M at night. This is not necessarily so, particularly during sunspot minimums.
Once again, check on those propagation maps - you'll see some areas are actually open for 80M but not for 40M in the morning - so don't discount 3.6Mhz up to about noon local time and we work 7.1Mhz into the evening and reach good distances out into the pacific from East Coast Australia.


Well that's if folks, that's the theory - well as far as I'm interested in taking it.
Do some web research and check the modeling if you're so inclined. You'll find the proof that an NVIS Dipole at less than 3 metres is pretty impressive with constant omnidirectional coverage.
As I stated in the introduction, emergency communications was my goal - with antennas that were ‘quick & easy’ to erect – preferably single handed.
Keeping the antenna height low, utilising the NVIS idea to put out effective signals ticked all the boxes for me. 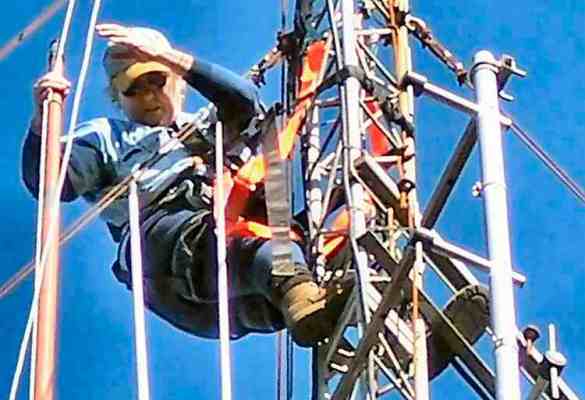 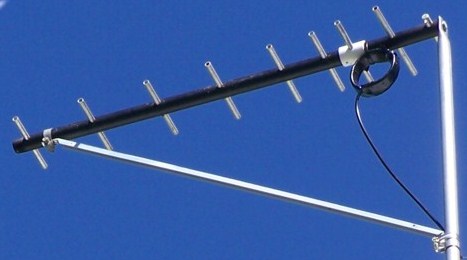 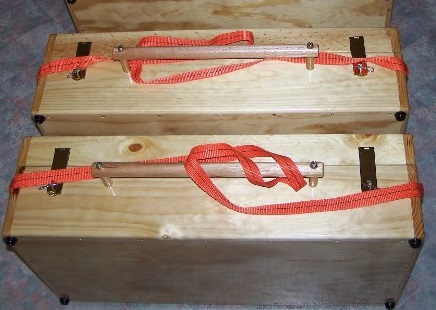 Get the facts to improve TV reception 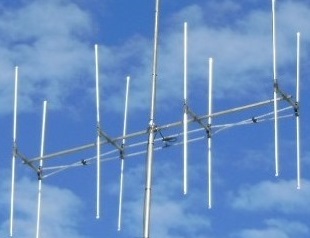 My bikes & some trips around Australia 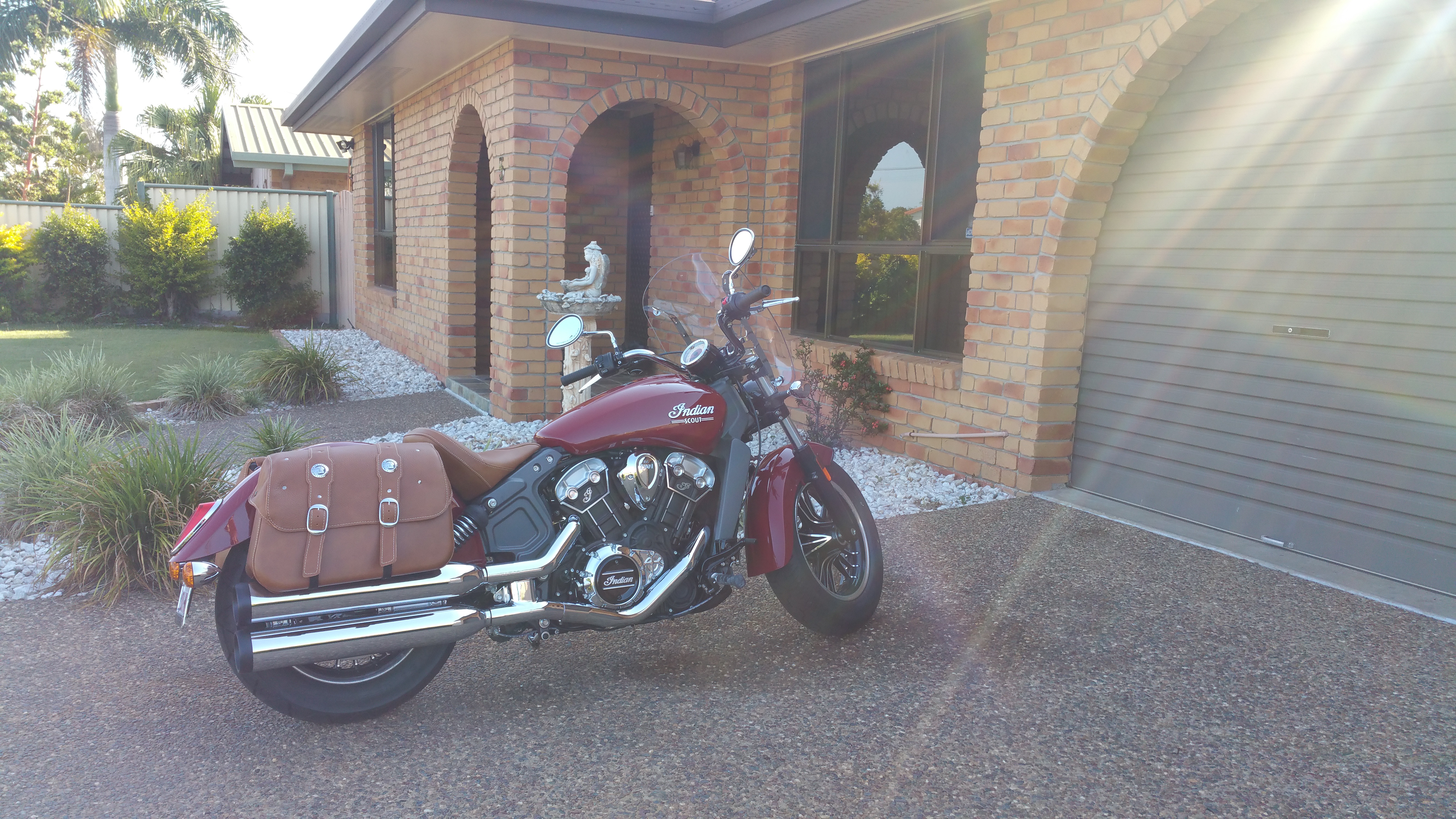 Off to New Zealand

Driving both islands in search of beer 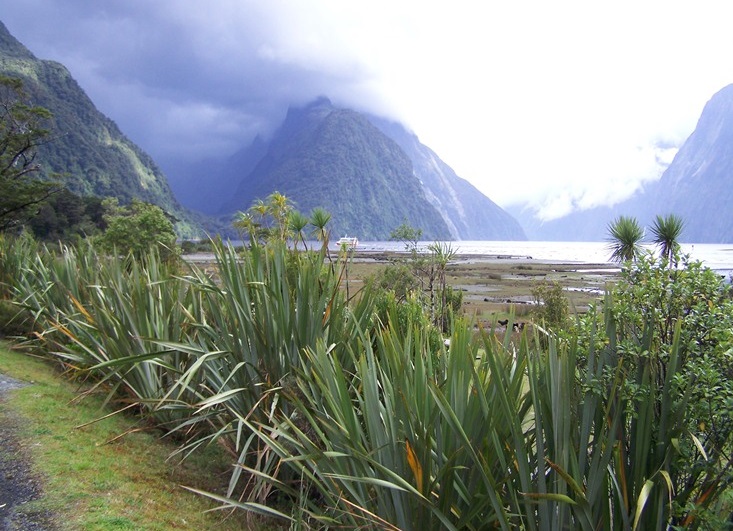 Enjoying Wales & remembering the past 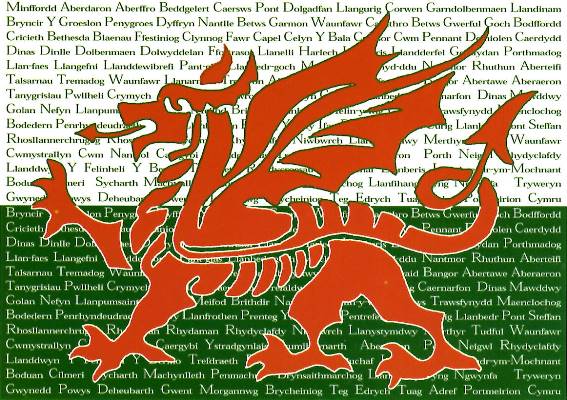 Link to travel in Wales

Coast and Highlands a travel journal from 2022 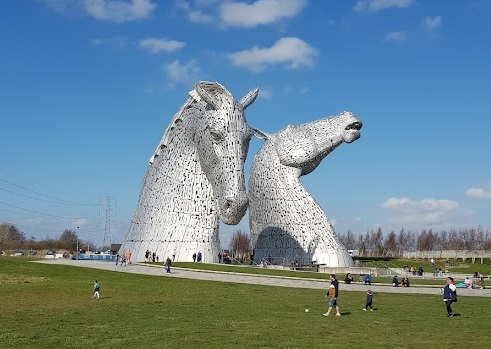 Then to the USA 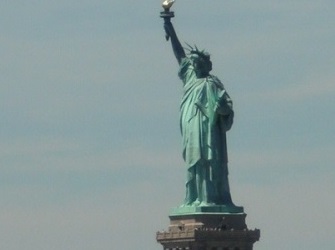 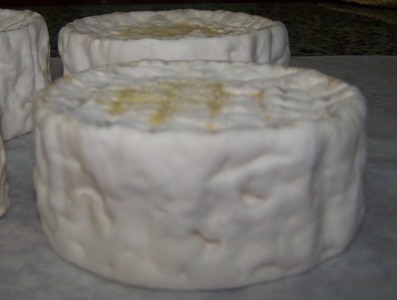